Play it Safe – Avoid Storms
Click above to check out the report.

Lee Trevino once quipped: If you are caught on a golf course during a storm and are afraid of lightning, hold up a 1-iron. Not even God can hit a 1-iron.

Though it has been long believed that golfers would hold this top spot, according to a recent detailed analysis by NOAA of lightning deaths in the United States, golfers do NOT account for the most sports related lightning fatalities. Out of the 12 activities which accounted for the most, golf was tied for number 8. The sad No.1 spot belongs to fishing, which accounts for twice as many as number 2, camping.

Some interesting charts and graphs are included below. As one can see, Mother Nature apparently doesn’t like men, since 81% of the time they are the target.

In fact, a quick overview of the data suggests that if you’re a guy, aged 20-29, and it’s a Saturday in July, and your buddies invite you to go fishing on a boat, and there are possible storms in the forecast, either decline the invitation, or bring your 1 iron. 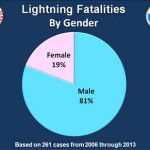 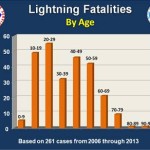 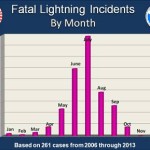 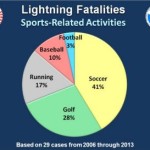 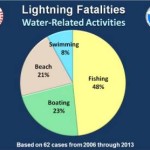 Fortunately, lightning deaths are preventable. The key is to react to signs of approaching storms. If you don’t have time to read this complete report, then some of the key lightning safety take-a-ways are these:

Here in Florida, we have more than our share of lightning – well over 1 Million hits per year, ranking us No.1 in the United States. So, no matter the sport or activity that you’re enjoying, don’t get in harm’s way. Remember to Play it Safe and Get Indoors When Thunder Roars! 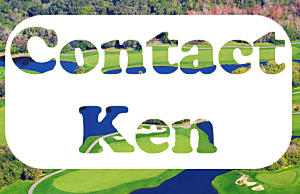 Put my exemplary service, and our
18+ years experience to work for you!

For more information, or to schedule a Free Design Consultation, get in touch with me via the website, or Call 941-315-8388.

Have an idea, a plan, a scaled design or drawing? I'll be happy to take a look at it and discuss it with you. Just attach it using the contact form, after clicking anywhere in this 'Contact Ken' area.

We service and install across the entire state of Florida, have our own crews, so there's excellent quality control, and have an A+ rating with the Better Business Bureau. We also offer the best warranty on the grass and  the installation.